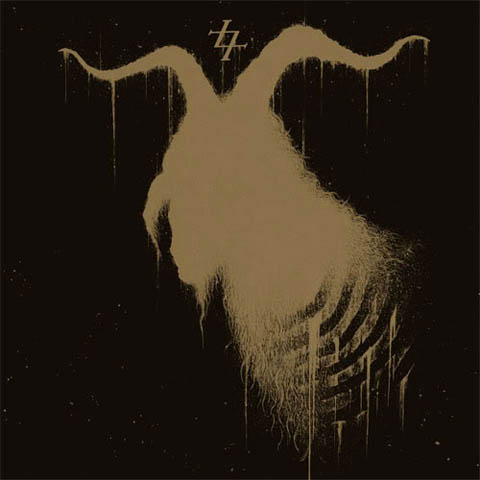 Italian quartet The Secret borrow an ancient alchemical maxim for the title of their third studio album, 2010’s Solve et Coagula (meaning “dissolve and coagulate”), which works on many levels, obviously, but chiefly in reference to the group’s equal opportunity commingling of black metal, grindcore, and crustcore elements, to achieve yet another precious metal altogether. In practical terms, this sees the album beginning with a gelid black metal drone named “Cross Builder” that grows slowly, patiently, painfully into a positively mesmerizing “here comes the pain” crescendo. That “pain”, when it’s finally inflicted upon listeners (who, by now, may well be drooling, half in madness and half in anticipation) sees the band unleashing an inexorable series of crustmetal blasts (“Death Alive,” “Antitalian,” “Weathermen,” etc.) of absolutely face-melting intensity. And yet, just when this pitiless onslaught threatens to become something of a blur, the men behind the Secret prove their astuteness by taking things down a notch for the more nuanced triple threat of “Pursuit of Discomfort” (featuring knowing winks/guitar trills to Entombed), “Pleasure in Self Destruction” (boasting serpentine riffs and mood swings creditable to producer Kurt Ballou), and, reprising the album’s deliberate opening statement, “Eve of the Last Day.” But it’s not over yet, thanks to two additional cuts — the similarly multi-faceted “War Desire” and “1968” (black, death, thrash, crust: you name it, it’s here) — that feel like a much-welcomed encore, and help make Solve et Coagula a most entertaining album from start to finish…if, by good fortune, your head is still attached to your torso when all is said and done. The Secret, like all good secrets, truly is a revelation.