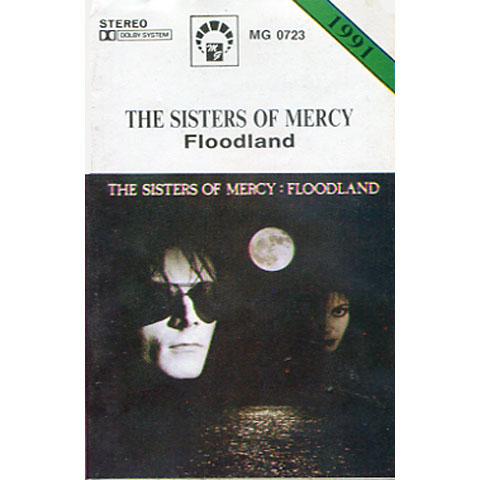 The Sisters Of Mercy ‎–Floodland MC

One of England’s leading goth bands of the 1980s, The Sisters Of Mercy play a slow, gloomy, ponderous hybrid of metal and psychedelia, often incorporating dance beats; the one constant in the band’s career has been deep-voiced singer Andrew Eldritch. While the goth scene in England was picking up commercial steam in the mid-’80s, the Sisters of Mercy may have seemed quiet, but they roared back with 1987’s ‘Floodland’. Opening with the driving two-part hymn ‘Dominion/Mother Russia’, Sisters leader Andrew Eldritch (along with bassist Patricia Morrison) creates a black soundscape that is majestic and vast. While the earlier Sisters releases were noisy, sometimes harsh affairs, ‘Floodland’ is filled with lush production (thanks to Meat Loaf writer/producer Jim Steinman and the New York Choral Society) and lyric imagery that is both scary and glorious. The slower tracks, like ‘Flood’ and ‘1959’, are some of the best ethereal sounds goth has to offer, and the downright regal ‘This Corrosion’ is one of the best songs of the genre. A definite milestone.