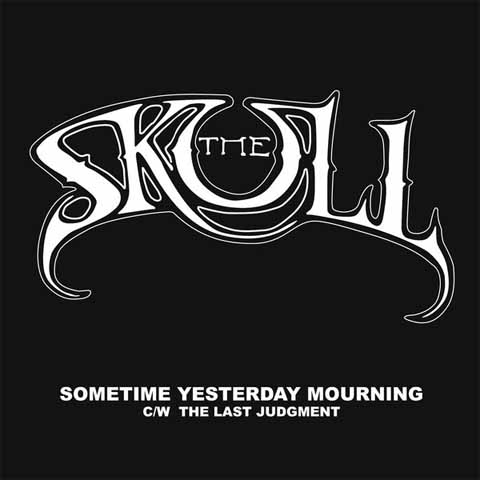 Theres ‘no trouble’ for The Skull – the heavy doom-rock band featuring original Trouble members vocalist Eric Wagner and drummer Jeff Olson, longtime former Trouble bassist Ron Holzner and newly recruited former Trouble bassist Chuck Robinson, now on duelling guitar, alongside Sacred Dawn guitarist Lothar Keller. The limited edition debut single Sometime Yesterday Mourning features also the track The Last Judgment. Sometime Yesterday Mourning is a doomy metal song written by Keller, Holzner and Wagner that showcases the genre pioneers distinct style while The Last Judgment is a revisiting of the classic Trouble song of the same name that originally appeared on the classic 1983 Metal Massacre IV compilation album. I think Sometime Yesterday Mourning is the perfect song for The Skull to lead with and there’s a reason why it was the first song we completed as a band, commented Wagner. It’s about coming to a point in life when it’s just time for a new beginning, a fresh start if you will, and finally coming to terms with the past. Being that it is the 30th anniversary of the release of the song The Last Judgment — the first song we ever released — we thought it fit perfectly for the B-side and considering what Sometime Yesterday Mourning is about, it made sense to me. You have to go through your past to get to your future.