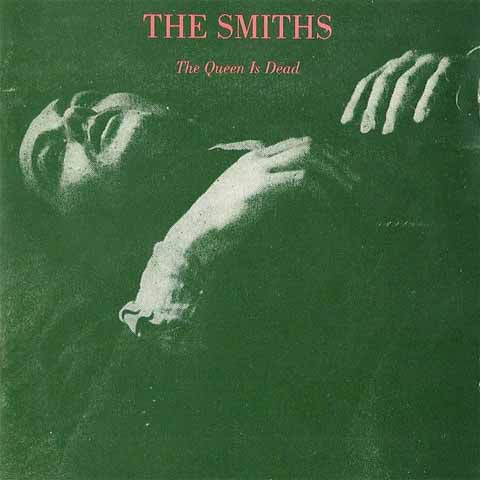 Reduced price due to one tab mark on booklet

The Queen Is Dead, for all intents and purposes, is The Smiths masterpiece. It is the summation of all their strengths and contains the creative peak of the band’s tenure. In under 37 minutes, Johnny Marr creates a layered, melancholic guitar masterpiece and Morrissey delivers the wittiest lyrics ever sung on a rock album. All 36 minutes of this record conjure pure perfection and cleverly cover so many of the oddities of the human experience – such as resenting the queen, despising your boss poetry, wanting to die because you want the one you can’t have, being scrutinized for having a big mouth, and being on a date so marvelous that you would rather be killed by a double-decker bus than go home. In short, The Queen Is Dead seems to be Morrissey’s attempt to see how outrageous of lyrics he can get away with, all-the-while being supported by Marr, his magician of a guitarist. The summation of these two strengths is this record – the pinnacle of alternative music and the predecessor of many great bands who might not have existed without it.

Track list:
1. The Queen Is Dead
2. Frankly, Mr. Shankly
3. I Know It’s Over
4. Never Had No One Ever
5. Cemetry Gates
6. Bigmouth Strikes Again
7. The Boy With The Thorn In His Side
8. Vicar In A Tutu
9. There Is A Light That Never Goes Out
10. Some Girls Are Bigger Than Others