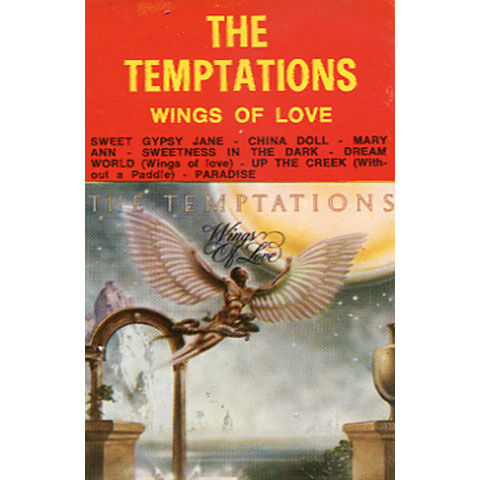 The Temptations ‎–Wings Of Love MC

In 1976 the Temptations made little impact on the music scene. Their polished sound of the ’60s and the soulful flair of the early ’70s was no where to be found. Instead, the Temptations were embracing songs that lacked the luster for which they were known. Only two tracks were released as singles and that were The Creek (Without A Paddle) and Sweet Gypsy Jane. In spite of the tight vocals, sizzling horns and solid production, the singles were like most of the album, they lacks that melodious fever. Paradise and Dream World (Wings Of Love) both ooze with warmth and much crossover appeal; still they both are no challenge to the talents of the Temptations. That soulful splendor that was known to accompany a Temptations album is absent. The label probably suspected this album was not worthy of much attention and demonstrated that by not releasing anymore singles.