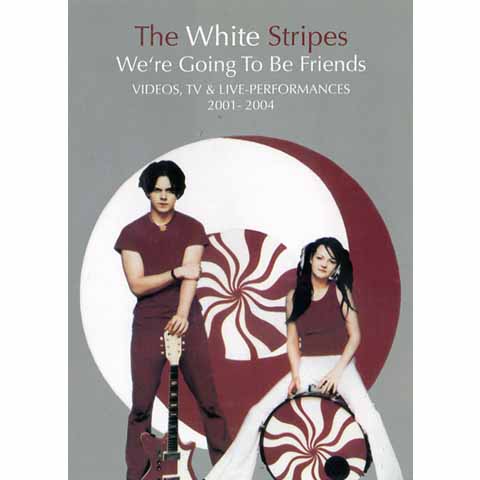 The White Stripes ‎–Were Going To Be Friends dvd

With their unlikely but fascinating mix of arty concepts and raw sounds, the White Stripes were among the leaders of the early-2000s garage rock revival and helped define the sound of 21st century rock as the decade progressed. It was their 2001 album, White Blood Cells, that established the band as leaders of the garage rock revival and they won the MTV Video Awards in 2002 for best breakthrough video. The 2003 album Elephant received unanimous critical acclaim and platinum sales in several countries upon its release. The album won the 2004 Grammy Award for Best Alternative Album, while its lead single, Seven Nation Army, won the Grammy for Best Rock song. The band would record and release several more albums before they announced in February 2011 that they would no longer record or perform as the White Stripes. This rare compilation dvd features TV performances and material from the bands biggest years between 2001 and 2004.