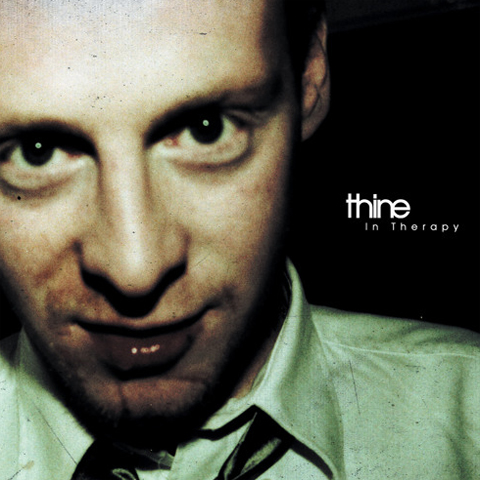 Praised as one of the strongest voices in the symphonic metal scene, Thine’s initial impression may have been a misleading one. Instead of following its contemporaries deeper into complex arrangements or orchestral passages, Thine has scaled back and turned toward a similarly dark path. With its melancholy passages, driving tempos, and waves of treble-drenched guitar, the group tends to sound more gothic than anything else. Taking a cue from groups like Nosferatu, the atmosphere is derived from the contrast between depressed vocals and the fluid urgency of the band. The lyrics may not be as bleak and grim as most goth rock songs, but instead they contain a resigned angst that strikes a nerve that only personal experience can deliver. Lines such as, I might just want to get high for one last time/Don’t call me, I’ll call you, give a good idea of what the album entails, they don’t rely on lyrics about dead flowers or graveyards to match the grim atmosphere the music creates. The band crafts dense walls of high-end guitar and nervously aggressive drumming around the delicately crooned vocals. The ethereal beauty often blanketed over instrumental passages is a marvel of guitar dynamics, while the savage aggression culled from the same tactics makes for some wondrous mood changes from song to song. Where most goth metal acts lay it on too thick and come off as goofy, Thine is endlessly creative with its use of guitar to shift the songs into various directions. By losing the inhibitions that stifle many of the creative minds working in the genre, In Therapy stands as a powerful, angry, and beautiful statement for a new generation of gothic metal groups.