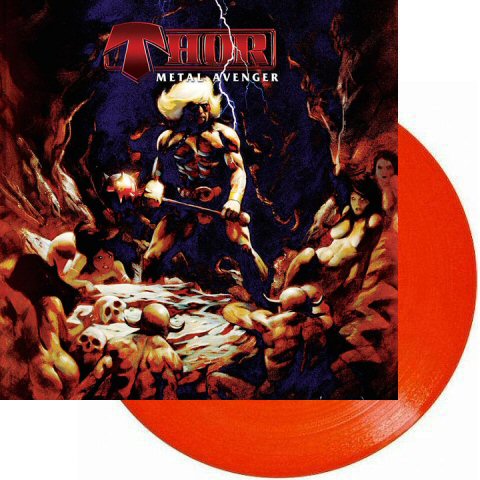 Although this comes late in his career, Metal Avenger might just be Thor’s breakout album. While it has its share of entertaining cheese and 80’s style vocals, the guitar riffs rival those on any Metallica album. The concept album style reminds you of something you’d hear from Rush or Queensryche, yet it is uniquely Thor. And its also an album with an impressive guest list so overall, the combination of these elements makes for a very unique, satisfying, and entertaining album, start to finish. Listen to the power-packed title cut Metal Avenger, the awesome Kings Of Thunder And Lightning, the rocking Master Of Revenge, Heavy Load, the well-played Legions Of The Psykon World, Drive and Wings Of Destiny. I might even – actually recommend this specific Thor disc for fans of Saxon, Judas Priest, possibly Motorhead or even Anthrax. So overall a much better album than I was expecting. A return to classic Thor so i would highly recommend this to anyone who likes metal or hard rock.