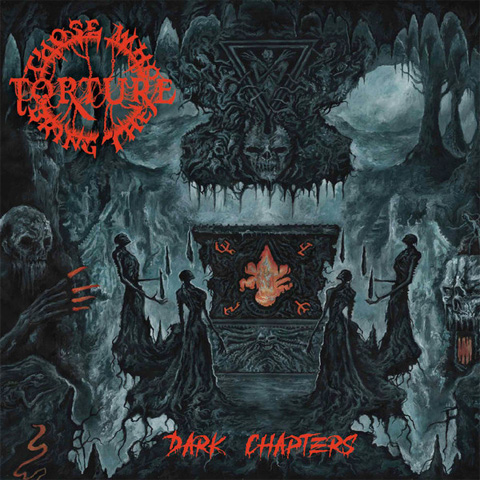 Those Who Bring The Torture ‎–Dark Chapters cd

The long-standing Swedish death metal act Those Who Bring The Torture aren’t going to surprise many when releasing a new album. While the act has had some shifts over the years (they did start as a death/grind hybrid), more recent efforts have focused more on a purely death metal level. For album number seven, Dark Chapters, we see Rogga Johansson teaming up with bandmates Jon Rudin of Dehumanaut and Wombbath fame and Kjetil Lynghaug, an already firm supporter of the Johansson navy having served already this year in Johansson and Speckmann and Monstrous. Dark Chapters is another fine slab of Swedish death metal with both grooves and hooks and ofcourse memorable songs. Its catchy groove laden joy throughout and an extremely satisfying listen. Rogga obvious has friends that shares his passion and taste and understand exactly how to make great death metal music. If you liked the Necromancer (2017) and Pain Offerings (2018) albums you need this one.

Track list:
1. Dark Chapters
2. Damned The Universe
3. Carved Into Pieces
4. Into The Fleshfields
5. Born To Cleanse
6. From The Vortex They Came
7. The Malevolent World
8. Barbed Wire Dreamscapes
9. The Last Fading Words