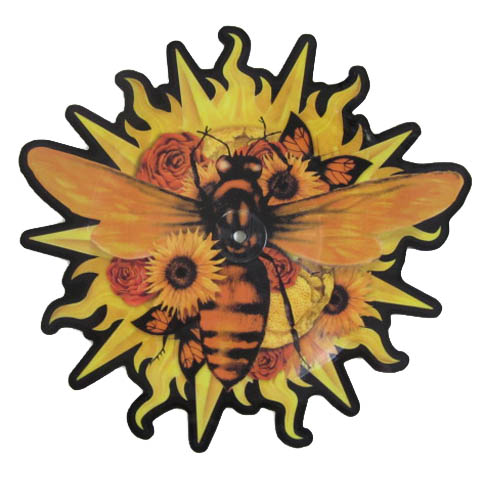 Tiamat -Whatever That Hurts shape

The two tracks on this shaped picture disc was taken from Tiamat’s 1994 album Wildhoney. Not even Tiamat’s previous achievements and accelerated evolutionary pace could have prepared fans and critics for the unbelievable sounds contained on this stunning album. Wildhoney was groundbreaking for the band as it lfited them up to new heights of invention. Whatever That Hurts effortlessly shifts from its slow, massive riff to a surprisingly beautiful melody, each section topped with Johan Edlund’s death metal grunting and gentle whispering vocals, respectively. Visionaire displays a bevy of contrasting elements, ranging between heavy and light, which make it just as remarkable.

Track listing:
1. Whatever That Hurts
2. Visionaire