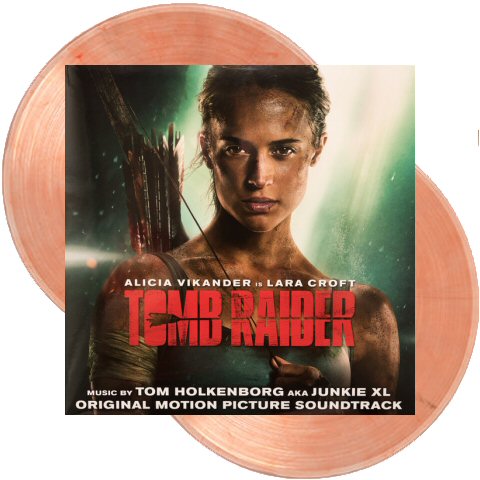 The score of the new Tomb Raider movie is composed by Tom Holkenborg aka Junkie XL. The Grammy-nominated, multi-platinum producer, musician and composer has been given the opportunity to create a whole new score that captures the fierceness of Lara Croft that will bring her character and world to life. In recent years Tom has become one of the most talented and influential composers around the globe. He rose to fame in 2002 after his remix of Elvis “Little Less Conversation” reached the top spot in multiple countries. His work includes scores of Batman v. Superman, Deadpool, Mad Max: Fury Road, Black Mass, Point Break, The Dark Tower and many more. Lara Croft is the fiercely independent daughter of an eccentric adventurer who vanished when she was scarcely a teen. Now a young woman of 21 without any real focus or purpose, Lara navigates the chaotic streets of trendy East London as a bike courier, barely making the rent, and takes college courses, rarely making it to class.

Track list:
1. Return to Croft Manor
2. Seeking Endurance
3. The Bag
4. Path of Paternal Secrets
5. The Devil’s Sea
6. Let Yamatai Have Her
7. Figure in the Night
8. Remember This
9. Never Give Up
10. Karakuri Wall
11. What Lies Underneath Yamatai
12. There’s No Time
13. Becoming the Tomb Raider
14. The Croft Legacy