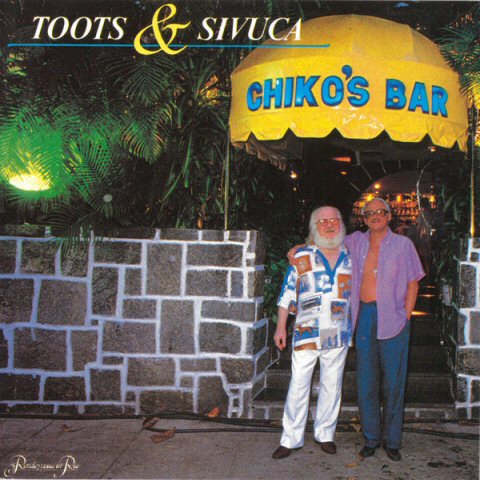 Toots Thielemans virtually introduced the chromatic harmonica as a jazz instrument. In fact, beginning in the mid-’50s, he never had a close competitor. Thielemans simply played the harmonica with the dexterity of a saxophonist and even successfully traded off with the likes of Oscar Peterson. During his years he had the opportunity to engage with many great musicians like Benny Goodman, George Shearing, Sven Asmunsen, Quincy Jones, Dizzy Gillespie to name a few. In April of 1985 he recorded this album at Som Livre Studios in Rio De Janeiro, Brazil with Brazilian guitarist and accordion player Severino Dias De Oliveira, more known as Sivuca. Sivuca moved to New Yor where he lived for 12 years. He has worked with Harry Belafonte but he is probably best known for his work with Scandinavian jazz musicians in the 1980s. Putte Wickman, Ulf Wakenius and Sylvia Vrethammar have all worked with Sivuca. The Chikos Bar album features besides Sivuca and Toots the following musiciansRicardo Silveira on guitar, Luizao on bass, Paulo Braga on drums, Ohana and Armando Marcal on percussions and Clarence Ofwerman on synthesier