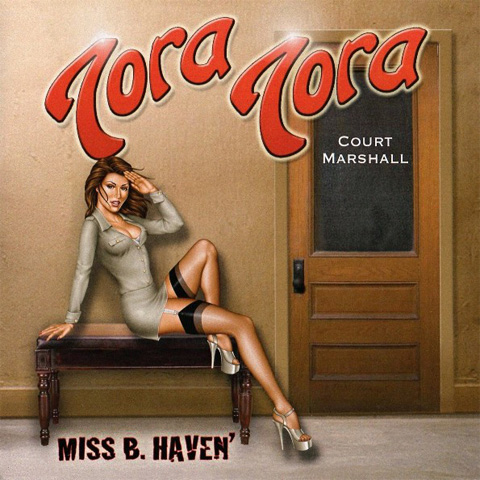 Tora Tora Miss B. Haven (The Unreleased Wild America Recordings) – is a new collection of old recordings. Miss B. Havin’ is comprised of 13 tracks that were demos written for the Wild America album. These are the tracks that did not make the album. However, in our humble opinion, some of these tracks should’ve been definite inclusions on Wild America. The quality varies as these were only demos, but the recordings have been cleaned up a lot of the stray noises that can occur when recording demos…and the outcome is a very listenable project. On top of that, the listener gets to hear some amazing Tora Tora tunes that were never available anywhere else until now.

Tora Tora started out as a local hard rock garage band formed in Memphis, TN in 1985. They eventually won a Battle Of The Bands which earned them some studio time. This would eventually lead to the release of an independent (and very limited cassette only release) of an EP entitled To Rock To Roll. The songs Phantom Rider and Love’s A Bitch received extensive airplay on local radio station Rock 98 which then lead to the band signing with A&M Records. For A&M records they recorded their debut album Surprise Attack in 1989. This album peaked on Billboard’s Top 200 at #47. The single Dancing With A Gypsy was on the soundtrack for the film Bill and Ted’s Excellent Adventure later that year. In 1992, their second album, Wild America, was released. Although only reaching #134 on the Billboard charts, it was a more mature step at songwriting.