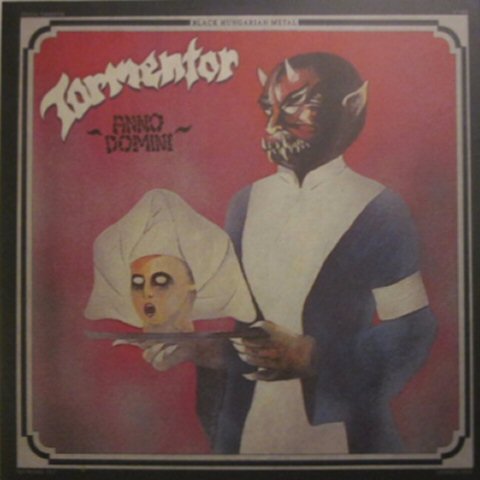 2017 pressing on black vinyl with insert and poster

They might not be the most prolific black metal band, possessing an even more elusive aura than Mayhem, but Hungary’s Tormentor is one of the pioneers. Long before black metal was given a standard, one could say that Tormentor had already embraced that essence which would become the law. In 1987 they recorded their ‘7th Day Of Doom’ demo and in 1988, their legendary ‘Anno Domini’ release. To say that they had grave impact on the Norwegians would be a severe understatement. But it wasn’t until after the release of Mayhem’s ‘De Mysteriis Dom Sathanas’ that more people would take note of the obscure and chilling voice that belonged to none other than the cult man Attila Csihar. This release features the original second demo ‘Anno Domini’ pressed on a 160g black vinyl. The music Tormentor played was not only way ahead of it’s time, but it was completely different from anything around that era. Tormentor’s music has often shown to be inspirational for many acts to follow, with bands like Dissection and Dark Funeral covering their songs but none have been able to copy Attila Csizar’s specific grim haunting voice. The best release of this material ever so you know what to do. Buy before its to late