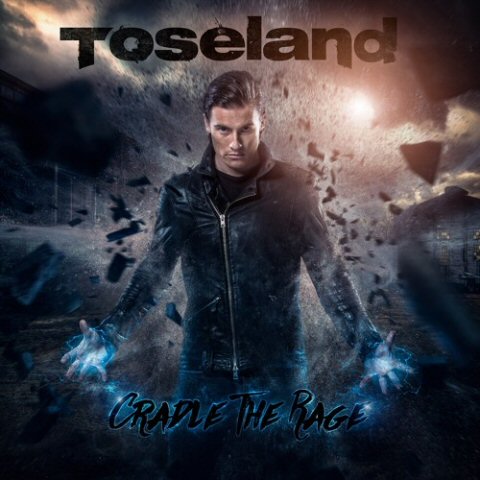 Toseland for anyone that is unfamiliar is former two time world superbike champion James Toseland, born in Doncaster, South Yorkshire and raised in Kiveton Park Sheffield, now retired and a full time musician. He also has the privilege of being married to the delightfully gorgeous Katie Melua. Now the only other sports star I can think of that has successfully made the transition from sports stardom to rock-star is wrestling superstar Chris Jericho / Fozzy. Toseland’s debut album “Renegade” was released in March 2013. It has sold 13,000 copies in the UK to date, and the band have headlined 3 sell out tours and played to thousands of people on numerous festivals including Car Fest, Ramblin Man, Isle Of Wight and Hard Rock Hell. “Cradle The Rage” is the sophomore release to “Renegade” and it picks up where “Renegade” left off with the powerful melodic anthem ‘Too Close To Call’ with a foot tapping beat and a chorus to match we are soon into full swing, while the album continues in the same vein with some really catchy chord driven powerhouse tracks, the vocal range of James really is top notch on this album ‘Living In A Moment’ ‘Stranger Things’ ‘Fingers Burned’ have an almost Danny Vaughn (Tyketto) sound to them, (not a bad thing with Mr Vaughn being an accomplished musician and outstanding vocalist in his own right) the latter while not being an outright ballad it is more of a soul searching kinda track. Continuing with the anthemic feel for ‘We’ll Stop At Nothing’, a stadium rocker and crowd pleaser for sure with a huge sing-a-long chorus, as you raise your horns in the air and scream “We’ll Stop At Nothin’”. ‘Nothing You Can Do About It’ probably stands out as the heavier of the tracks with ‘Living A Lie’ having a sumptuous beat and killer solo with a more modern kind of sound. The production and mixing of ‘Cradle The Rage’ on a whole is top notch as you would expect from two of the best behind the decks and buttons. It certainly continues in the same direction as their killer debut, is just as polished and with enough of a mixture of classic rock with modern rock gelled together and held up by the awesome vocals of James and the mighty rhythm section with some stunning solos along the way. ‘Cradle The Rage’ certainly packs a punch and is a solid contender .