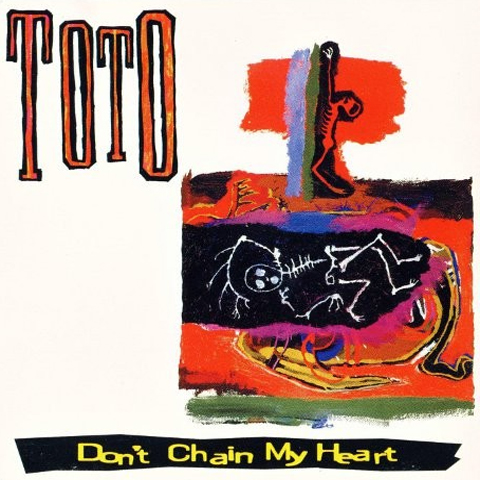 Dont Chain My Heart was released as a single from Totos eighth studio album Kingdom Of Desire. After a short-lived disastrous stint with South African singer Jean-Michel Byron as their front man, Toto temporarily disposed of having a lead vocalist and carried on as a solid four-piece group consisting of drummer Jeff Porcaro, his brother Mike on bass, keyboardist David Paich and guitarist Steve Lukather who handles all the lead vocals on this album. The absence of a front man brings out more of Toto’s solid musicianship and extended instrumental passages (only two of the album’s 12 tracks are under five minutes with the rest being between 5 and 7 minutes long). Lukather’s guitar work is at its best here and he proves to be no slouch as a vocalist singing both the ballads and the rockers. Two of the tracks ended up on this single: Dont Chain My Heart which is an infectious, energetic little groove powered by shuffle rhythms provided by the Porcaro brothers and Jake To The Bone, an extended instrumental which combines elements of jazz, improvisation and odd-progressive rock time signatures. This is a showcase for drummer Jeff Porcaro’s precision-based playing and David Paich’s dexterous keyboard work. You will also find a live recording of Ill Be Over You which is exclusive to this single. Sadly drummer Jeff Porcaro died shortly after the making of the album