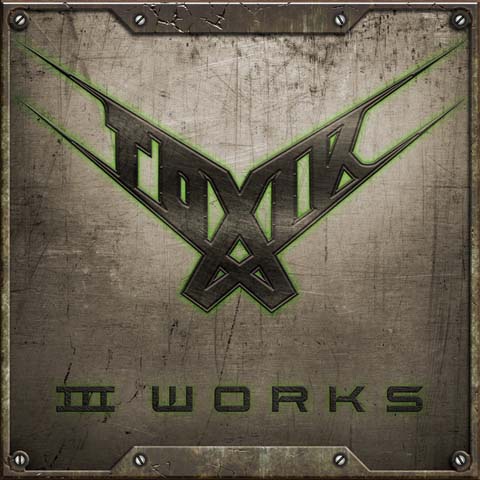 Still sealed box set with 3 cds and a poster

New York’s Toxik was formed in 1985 performing a complex brand of heavy metal that were quite hard to put a label on. When the group signed a contract with Roadrunner Records in the late 80s, it had developed into a hybrid style somewhere between speed, thrash, and progressive metal, similar to New Jersey neighbors Hades and Texas groundbreaking Watchtower. Two musically challenging and thematically politicized albums followed: 1987’s World Circus and 1989’s Think This. Unfortunately, neither album managed to break Toxik beyond the core heavy metal consumer base, and the group eventually broke up in 1992, after losing their record deal. They reconvened in the 2010s and released III Works in 2018, a massive box set with never before released material recorded including the complete recording session of In Humanity (2014) and Breaking Clas$ (2017) plus brand new songs and new re-recorded Toxik classics.