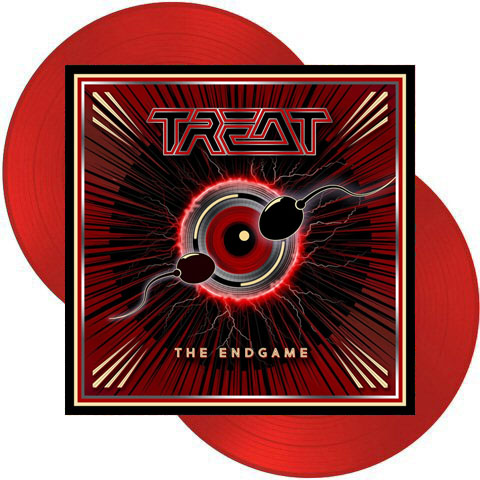 Swedish melodic rock band Treat’s ninth studio album, The Endgame. With bassist Nalle Påhlsson (who appeared on Coup De Grace) back in the ranks, vocalist Robert Ernlund, guitarist Anders Gary Wikström, drummer Jamie Borger, and keyboardist Patrick Appelgren have once again set a course for yet another exciting musical journey. Twelve songs in total, including uptempo rockers, ballads, 80s sounding gems, and ones with musical influences beyond the ordinary, make this album another definitive statement by the quintet from the south of Stockholm that they are leaders in the Swedish Melodic Hard Rock scene. Produced by Peter Mansson (who also helmed Tunguska and Ghost Of Graceland), The Endgame, by all means qualifies as a true classic album from Treat.