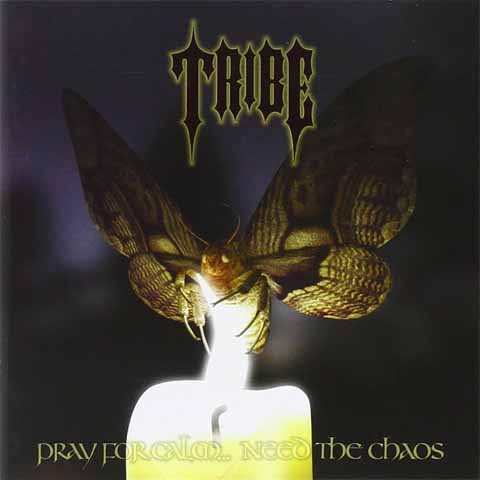 Englands Tribe has released their debut album, Pray For Calm Need The Chaos. When its good then it borrows from the homelands glorious musical past in the early 80s but theres also another side to the band, and if the good side is the calm then the other side is the chaos, where they throw in experimental things, prog rock, goth, pop rock and even orchestral piano parts. The more progressive tracks are quite competent where they shows and edge like Kings X and the hardrock tracks Worlds That Kill and Havels Hurricane also works fine. The melodic goth rock track The Beating Of Black Wings is one of the strongest on the album. Then we have a lot of tracks that ventures in all kinds of places some we could have been without. The positive note however is that vocalist Paul Kettley comes out pretty ok no matter what kind of music the band tries out on this album. I know a lot of people out there that loves band that pushes the genre and tries out new things and this album might be for them. People who says Anvil, Saxon and Iron Maiden always will be the blueprint of what a good metal album should sound like should stay away