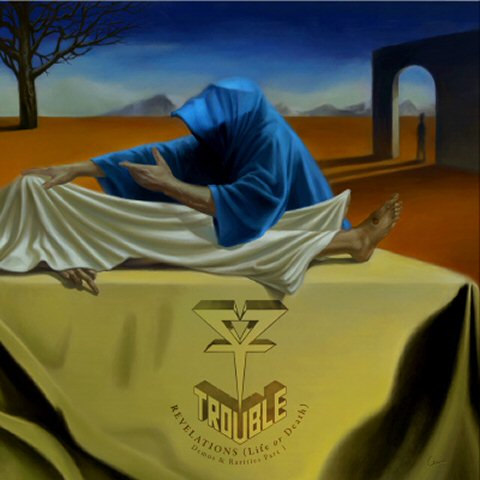 At a time when heavy metal was moving forward faster than ever, thanks to the advent and growing popularity of thrash metal, Chicago’s Trouble embodied a nostalgic throwback to the genre’s old-school, ’70s values — and specifically a preference for the deliberate, slow-creeping style of the genre’s founding fathers, Black Sabbath, which, in the able hands of Trouble and California’s similarly backward-gazing Saint Vitus, came to be known as doom metal. Unfortunately, neither band, nor their few lesser-known colleagues (the Obsessed, Pentagram, etc.), ever achieved any commercial success to speak of, but their preservation efforts nevertheless rescued metal’s original blueprint from disuse, and carved it in granite for subsequent exploration by each new generation of doom bands that followed. This album features rare Trouble demos and rare recordings made between 1980 and 1983