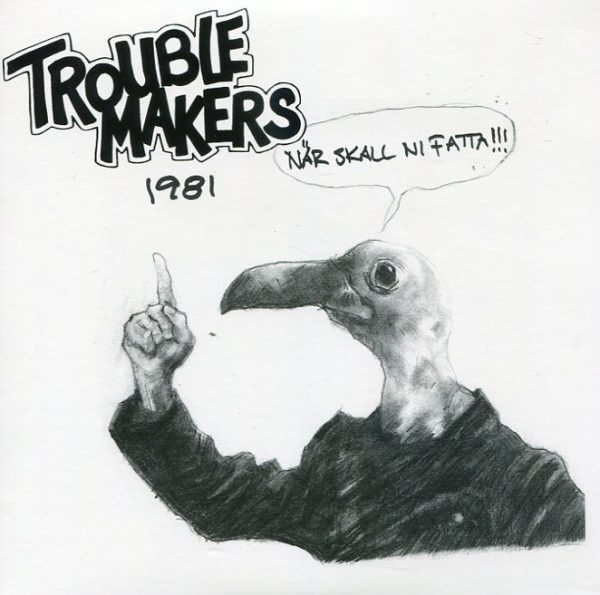 Ny Våg (New Wave), is probably the Swedish radio program that have meant the most to punk and new wave music. It had its first broadcast on the 18th of August 1980 and it was broadcast 3 times a week and each show ran for 15 minutes each. Presenters at the beginning of the programs history were Ulrika Malmgreen (from music act Mögel), Karin Gullström (from Opel Rekord), Johan Nilsson (from Travolta Kids) and Christian Wigardt (from Hela Huset Skakar). The radio show was broadcast just around the time when people came home from work so this meant that it reached more people than intended and there were soon a number of complains to the radio about some of the songs. Four tracks were convicted and banned from the Radio and theese were, Guds Barn with Pizzoar, Kuken I Styret with The Same, Knugen Skuk with Kriminella Gitarrer and Bohman Bohman with Rävjunk, all of them being punk classisc nowadays. The program extended its air time to one hour from the autumn of 1981 and it had then a massive impact on the scene and many groups started with just the goal to get played in the program. Demo cassettes literally poured into the radio office. The radio show then took the chance to conduct their own sessions, an idea copied from the famous BBC sessions. Among the bands that did their Ny Våg sessions were Allt För Många, Abstract, Insekt, Zäpo and Gothenburgs punk pride Troublemakers. Troublemakers are still going strong and many of their fans still talks about those early recordings. So with a huge 35th anniversary celebration of the band in 2016, the band decided not only to release a new studio album in Totalradio but they also sat down and went through their tapes and released this special single with four tracks recorded live for the radio show back in 1981. So here it is. This is were it all started. Material from Troublemakers early radio session and even though the radio show ceased to exist on the 15th of August 1985, Troublemakers are still around and judging by their adrenaline pumping live shows we actually see no end in sight.