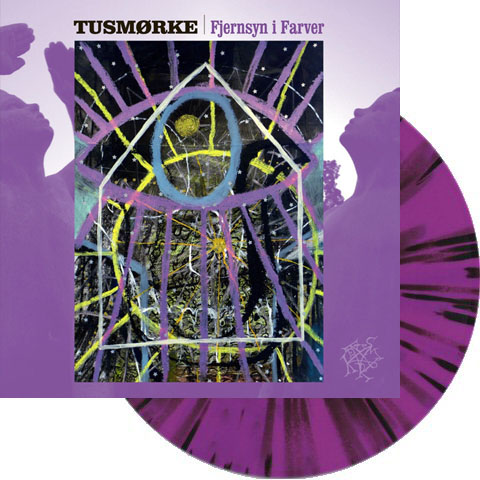 Norwegian band Tusmorke was formed back in the middle of the 1990’s, but didn’t actually become recording artists until 2012. Since then the band have grown considerably in status and stature, with half a dozen albums to their name at this point. Fjernsyn I Farver was released in the spring of 2018.
While Fjernsyn I Farver doesn’t strike me as the most obvious buy for those with a fascination for the folkier landscapes of the progressive rock universe, this is an album featuring details that crowd would enjoy and to some extent this aspect of the band is one you need to enjoy, just like the striking vocals. But as far as I’m concerned, this is a production that by and large should find most favor among those who find bands such as Atomic Rooster and Black Widow to be compelling. For people with that leaning, that haven’t come across Tusmorke yet, this production may well feel like a revelation when uncovered.