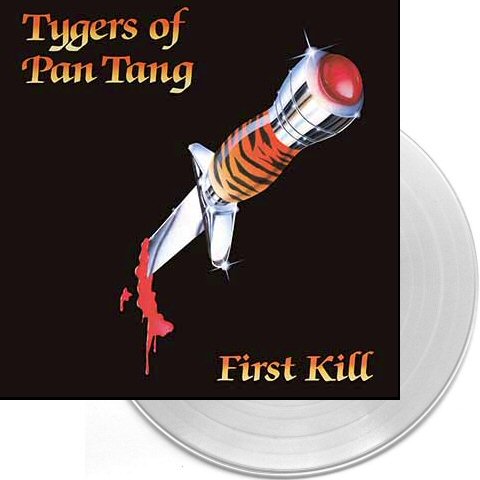 Along with Iron Maiden, Saxon, Def Leppard and Diamond Head Whitley Bay’s Tygers Of Pan Tang belonged to the Top 5 of the New Wave Of British Heavy Metal. The Tygers developed from a punk outfit called Trick, formed by guitarist Robb Weir in 1976. With Jess Cox on vocals, Rocky on bass and Brian Dick on drums, the Tygers Of Pan Tang found their first stable line up in 1978, fighting their way to the forefront of the NWOBHM. Before issuing their highly regarded debut album, Wild Cat, in 1980, the band had recorded a selection of demos. Those demos were issued in 1986 under the name of First Kill containing early versions of classics such as Slave To Freedom, Euthanasia and Don’t Take Nothing as well as some unreleased gems (Angel, The Final Answer and Shakespeare Road). The original liner notes said: These songs were recorded in 1979/80. They were done in a live studio situation with no overdubs. Raw and exciting they capture the true sound and feel behind the original Tygers Of Pan Tang. With Small Town Flirt the compilation also included a track by Tyger Tyger, Robb Weir’s and Jess Cox’s rather unsuccessful post-Tygers Of Pan Tang venture.