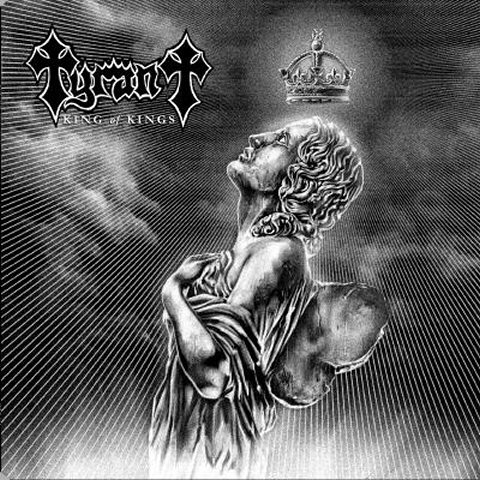 Well, no doubt about it, Tyrant from sunny California are one of the most legendary US Metal acts of all time. They debuted with the song The Battle Of Armageddon on Metal Massacre III in 1983. In 1985, Metal Blade released their first album Legions Of The Dead, followed by Too Late To Pray two years later. Fans had to wait for King Of Kings for almost ten years. Three regular studio albums within 26 years is not what one would expect of a highly talented bands such as Tyrant. Whereas Metallica, Slayer or Megadeth went on to superstardom Tyrant underachieved mightily. Bassist and founder member Greg May has a logical explanation for this: We didn’t want to put records out just for the sake of putting product out. The three records we did record have many years behind them of writing or playing before they were ever released. Kind of like when most bands release their first record … ours were all like first records, which made them all cult classics and very epic. I know what you’re saying – why no national or world tours etc.? It was our wish to stay underground and not reach a plateau of being commercial or that readily accessible. We had chances to go out on the road with some of the other bands from Metal Blade, but at the time, there were so many other issues involved, and the tours just didn’t seem right for us. King Of Kings, the somehow lost third album was only released on cd back then on a small and now forgotten German label Art Of Music. Greg explains the genesis of the album: “I had just returned from Germany after meeting with Sasha and Art of Music Records. I came back with a suitcase full of cash to record the new album. I hired Bill Metoyer and the studio of Mark ‘Thunder Child’ Zonder. They were working for Tyrant, so we called the shots. In the Metal Blade days, Brian Slagel paid for everything, so he called the shots. Bill Metoyer liked to have us play each song about 20 times, and then keep the last one. By then, we were kind of burned out on it. Because we were calling the shots on King Of Kings, most of them were first takes, which added a lot more of a live energy to the album. We think it represents Tyrant the best out of our three records.