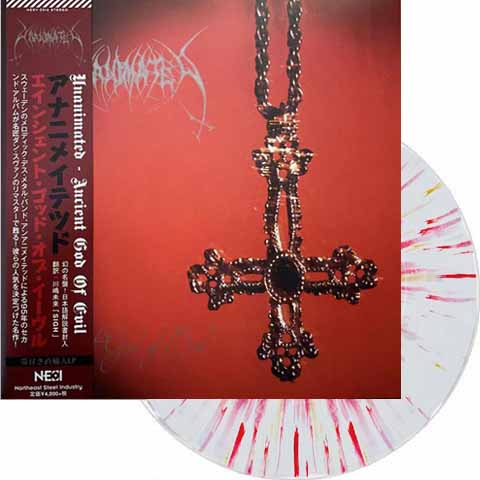 Unanimated were another one of those Swedish bands who were left by the wayside when it came to recognition in the oversaturated 90s Scandinavian melo-death movement. Featuring one time (or current in some cases) members of such luminaries as Entombed, Dismember and Therion, they released their first full length in 1993 with In the Forest of the Dreaming Dead which didn’t go down particularly well amongst hardened fans. However, they signed off their career with an album that any melodic death metal band would’ve been proud of two years later in the form of Ancient God of Evil. Sounding very much like a cross between classic Dissection and At the Gates, each song on the album has its own strong melodic emblem which resonates evil from every note. One trap that Unanimated never fell into was forgetting that they aren’t merely playing regurgitated down tuned, galloping Maiden riffs like many of their neighbouring bands in Gothenburg were already beginning to scrape the bottom of the barrel for, managing to keep the darker deathly side firmly set in the foundations of the music with eerie acoustic passages and an excellent ear for catchy, yet entirely malevolent sounding melodies. The guitar tone is suitably acerbic, allowing the twin guitars to have an awesome cutting edge unheard in many melodic death albums, which when coupled with the throat tearing black metal styled vocals, makes for an enjoyable change from the In Flames-like style that so many bands felt the need to ape. All in all, Unanimated wrote hugely engaging melody-filled songs which brim with an aura Lucifer himself would be proud of. When you take into consideration the people who created them, they certainly had a pedigree all of their own which was overlooked by most at the time of their creation. File under the three U’s category – Unholy, unwholesome and massively underrated.