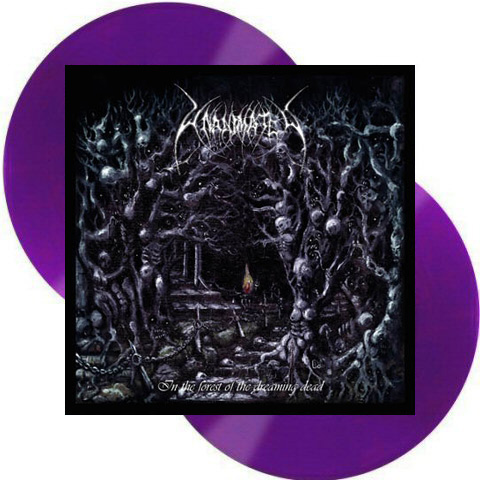 Unanimated ‎–In The Forest Of The Dreaming Dead dlp [lilac/purple]

The melodic death metal band Unanimated was formed in Stockholm in 1988 and their debut album In The Forest Of The Dreaming Dead was released in 1993. This was in the early days of melodic death metal but the band instead of becoming huge like At the Gates, Dark Tranquillity or the later In Flames the band fell apart in 1996. Maybe it was because the band were on a smaller label or maybe they gave up one or two years to soon or maybe it simply was because the band held on to much to the death metal formula instead of starting writing the uber catchy version of it. This debut has a certain raw brutality and Micke Jansson’s vocals are gruff. In The Forest Of The Dreaming Dead is a great album with the traces of melody that started to come out of the more true style of early Dismember and Entombed but as I said not going as melodic that the previous mentioned bands. A milestone album