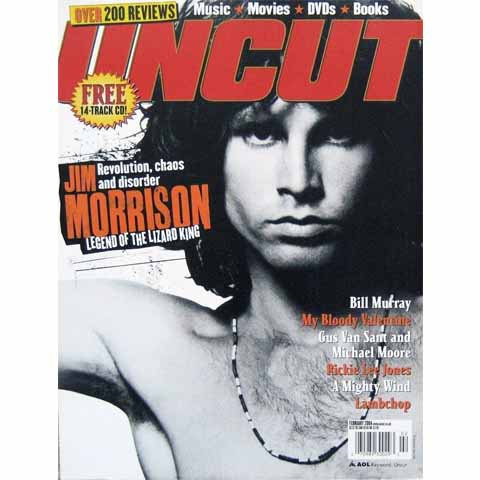 Special import. Uncut is a British magazine formed by Melody Maker editor Allan Jones when Melody Maker wanted to focus on a younger generation while Allan Jones wanted the other way. It is published every month since 1997 and forward. The magazines contents include lengthy features on old albums, interviews with film directors, music and film news, and reviews of all major new album, film and dvd releases. Uncut also produces themed spin-off titles celebrating the career of one artist. This series has been known as Uncut Legends. Those issues have the whole magazine devoted to them. First Uncut Legends was released in 2003 and it was devoted to Bob Dylan.

This issue has 124 pages written in English and features articles on or about Jim Morrison of The Doors (19 pages), Rickie Lee Jones, Bill Murray, My Bloody Valentine and more