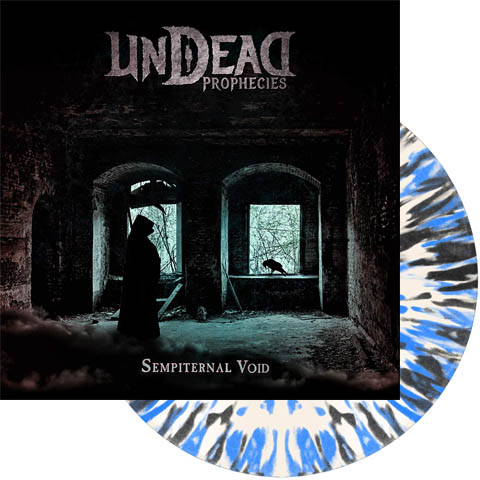 Old school Death Metal aficionados have reminded us how relevant the genre still means today in opposition with insanely sophisticated over technical death metal that has kindly poured in the past years. Enthusiastic followers for genuine original death metal have grown in numbers again looking for a bit of fresh air from the coffin! Undead Prophecies ( initially named Undead ) was founded by 5 individuals back from the dead with a similar musical vision. They decided to gather reviving forces in order to honor authentic old school Death Metal as initially mastered by bands like Possessed, Morbid Angel, Celtic Frost, Master, Obituary, Death. The latter being like one of the main godfathers to the genre, Undead Prophecies has particularly taken its root in Death’s majestic, slashing riffs, hammering tempos and those unique dominating guttural vocals. Their second album, Sempiternal Void is a real sledgehammer and should be bought by anybody who loves the early works of Chuck Schuldiner or Possessed. Simple, catchy and stripped down to the bone Death Metal with an impressing technical level