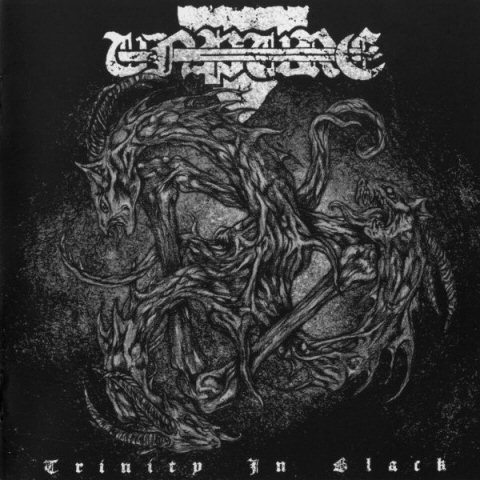 Trinity In Black is Unpure’s first full-length album with a new, thrashier sound that’s reminiscent of Bathory and Hellhammer. There was already a lot of Bathory and Hellhammer worship on their self-titled album and Coldland, but this album is a great attempt at first wave revival with some NWOBHM sprinkled in. There are still lots of second wave influence, though, especially in the first part of “Betrayers Of The Black Art”, which reminds me of Aura Noir or even Darkthrone with thrashy guitars, and the blasting beginning of “Warrior Seed”. But still, this album is mainly fast, primitive and neck-breaking black/thrash. On “The 3rd Call”, which is the thrashiest track on the album, the vocals remind me of Cronos and Tom G. Warrior, and on “Pain Within” there are clean (if a bit over-processed) vocals which wouldn’t seem out of place on a stoner/sludge metal song. Nevertheless, all of the vocal approaches suit the accompanying music very well. In conclusion, this album is 44 minutes of highly enjoyable and a tad upbeat black/thrash metal, but it doesn’t bring anything new to the table. But then, black/thrash metal isn’t all about originality, so that shouldn’t be a problem for fans of the genre. Recommended for everyone who likes the thrash side of black/thrash metal.