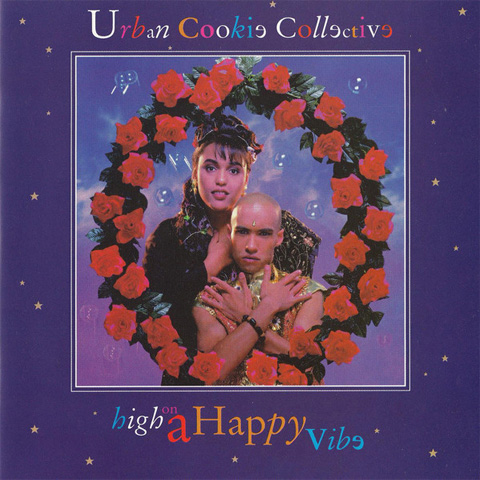 Urban Cookie Collective are a Manchester-based techno/house collective whose debut single, “The Key, The Secret,” became one of the biggest dance anthems of the ’90s. The group was the brainchild of classical pianist Rohan Heath, who had previously been a member of Hacienda band Together and a backing musician for acid-house DJ A Guy Called Gerald and Jamaican reggae artist Eek-A-Mouse. After recruiting lead vocalist Diane Charlemagne, previously of ’80s funk outfit 52nd St, and a whole host of producers including Neil Claxton, Peter Samson, and Simon Bentall, they released their first single, “The Key The Secret,” through indie label Unheard Records. After becoming a huge club smash, it was picked up by Pulse 8 and eventually reached number two in the U.K., number five in Germany, and the Top 30 in the U.S. Billboard Hot Dance Club Play chart. After follow-up single “Feels Like Heaven,” became their second hit, they released their debut album, High on a Happy Vibe in 1994, but since then the band has failed to repeat its success. Both 1995’s Tales from the Magic Mountain and 2007’s Cookie Monster went by largely unnoticed, while their only recent chart appearance has been the 2005 remix of their biggest hit. Charlemagne went onto provide vocals for Goldie’s seminal jungle album Timeless and toured regularly with Moby, while Claxton later founded big-beat duo Mint Royale.

Track list:
1. The Key, The Secret
2. Feels Like Heaven
3. Walk Right On
4. Yours Is The Love
5. Dreaming In Colours
6. Sail Away
7. Worldwide Reunion
8. Bring It On Home (Family)
9. Hidden Land
10. High On A Happy Vibe
11. The Key, The Secret-kamoflage club mix
12. Sail Away-Judge Jules and Michael Skins vocal pop funk mix