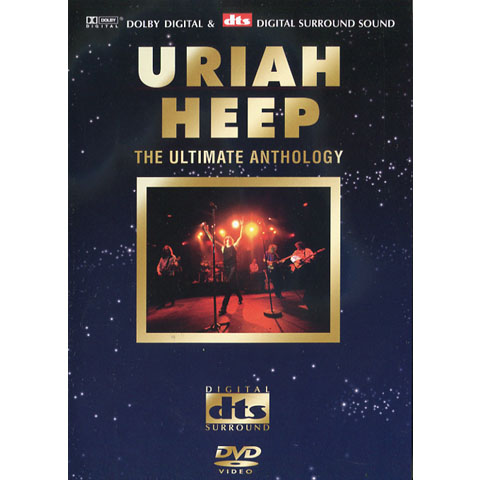 Ultimate Anthology? – Unfortunately not! This dvd is an illustrative example of a case when the title does not correspond to its content. To cut it short; this isnt the bands biggest hits from their best performances but that doesnt mean its not good either. Because the selections of tracks is still good and the best with this dvd is that they seem to have gone for versions of songs not issued on other Uriah Heep dvds (more than a half of the tracks). But you can also wonder if they were omitted from previous releases due to poor quality of sound/video or due to poor performance or because of poor sound mix (check the version of Lady In Black). This dvd should have been called Rarities or Rare Gems or something like that. If curious music lovers wants to discover what Uriah Heep is all about and buy this, thinking its the best material out there that represents the band, then they might not be that impressed after all. So a good collection of rare live performances, but definitely not the ultimate anthology of the group and should aim more for Uriah Heep fans than new fans. The dvd also contains some previously unreleased footage from the Magician’s Bithday Party with Ken Hensley and John Lawton on stage