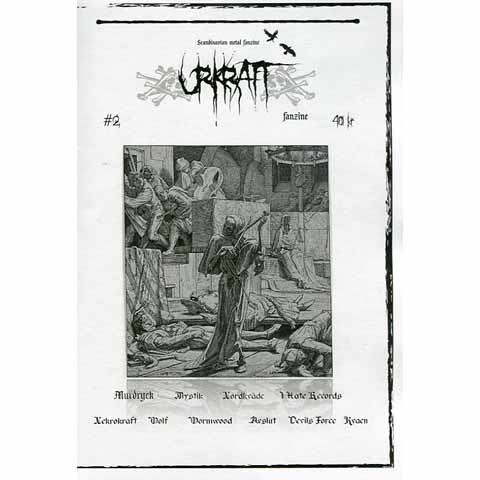 Do you remember the good old 90s when fanzines were supporting and part of the underground. It was these zines that brought information and marketing of the Norwegian black metal scene or the Swedish death metal scene to the masses. Its good to see that new fanzine’s pops up every now and then to keep the underground scene alive. This is the second issue of Urkraft and it features interviews with Mystik, Wolf, Murdryck, Nordkväde, Nekrokraft, Wormwood, Avslut, Kvaen and Devils Force etc.