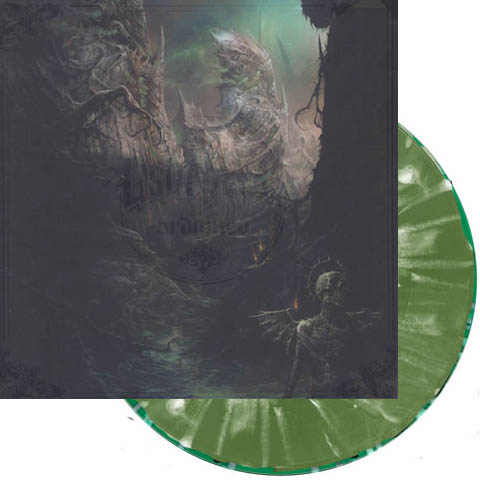 Appearances can be very deceptive. Take Usurpress for instance: those Swedes surely don’t need any introduction anymore, having proven the world (and beyond) through various EPs, splits and one album (Trenches Of The Underworld, released in 2012) that the old mix of D-beat/crust and death freaking metal of yore still rages on. Yet, with Ordained they have the same time got even heavier and more aggressive while throwing all the rules out of the window with a sadistic grin on its face. In case you haven’t been tipped off by the inclusion on two tracks of Magnus Stjernberg, who already appeared on their debut, on nyckelharpa but also of a guest flutist and pianist, there are changes in the air. Bloody hell, stop the press, Usurpress have gone progressive. Well, at least, kind of. Not as in endless songs with solos all over the places but progressive as in let’s see how we can evolve and make things even more interesting without changing our identity. Ordained show a different face of the band without loosing its extreme edge nor its energy. And if you aren’t convinced enough, even if among those twelve tracks you’ll find a surprising cover Lothlorien, originally recorded back in 1970 by Swedish progressive rock guru Bo Hansson and inspired by the Lords Of The Rings saga, be sure that those punks will gladly punch your face in to prove their point.

Track list:
1. The Heart Of The Last Kingdom
2. Storming The Mausoleum
3. The Undeification
4. Fire In The Minds Of Men
5. Insignia Of Illumination
6. Ritual Warfare
7. The Eyeless Spectator
8. Fan The Flames Of Madness
9. Lothlorien
10. Deny Salvation (Wolf-Like Dogs)
11. Embracing The Vultures
12. As The Monolith Comes Alive