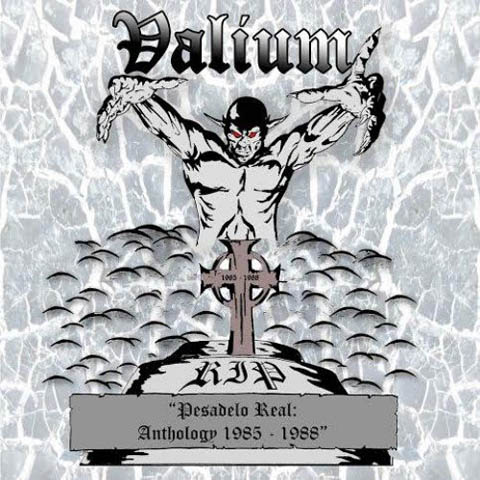 This is the second release of the Lusitanian Metal Classix Series, a series that features unknown Portuguese metal bands brought back to life from the 80’s, or rather gives the re-release treatment to rarely available music that is considered worthy of mention in the modern metal market. Valium formed in 1982 and this album features songs recorded on demod from 1986 to 1989 as the title suggests. Valium are stated as being in tune with the likes of Mercyful Fate, Manowar and of course Iron Maiden and this album does not disappoint. One of the real plus points of this release is the inclusion of the bands biography in both English and Portuguese, along with photos from their career. The style will remind you of a mix of German and Scandinavian metal in the 80’s, whilst you can hear the influence of the three bands mentioned earlier, this comes from the arrangement style rather than the vocal delivery. All in all, it may be rough and raw, but the music is pretty good. It just goes to prove, that there was a plethora of proper metal bands around before the age of easy access internet searches, it’s cool, it cult, its metal! Keep an eye out for more of these releases coming at you in the near future.