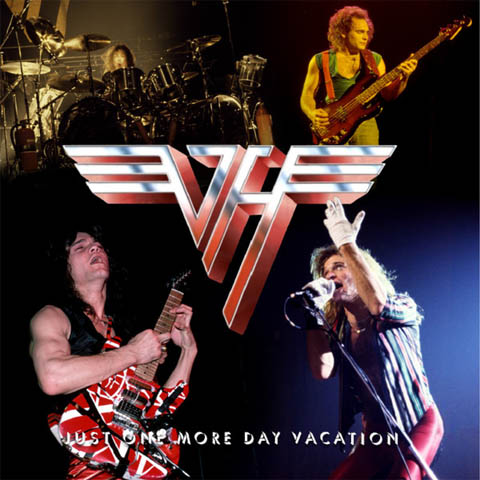 Van Halen were still firmly focused on performing, even though they had just released a highly anticipated follow-up to their multi-platinum debut. That was how Van Halen reached their fans, but it was also how they recorded. The only thing that sells us is our live show, Eddie Van Halen told Jas Obrecht in 1980. Actually, everything we do is the complete reverse of other people. We applied all we ever knew, which was our live show. We never knew much about recording, overdubbing. In keeping, the band was back on the road for a concert on March 25, 1979, at Selland Arena in Fresno, Calif., just days after the arrival of Van Halen II. These were the group’s first headlining shows, after touring in 1978 as the support act on Black Sabbath’s Never Say Die 10th Anniversary World Tour. The World Vacation Tour would run for 6 months adn the band would reach multiple continents while playing small venues up to large festivals. The tour ended on October the 7th when the band were back home for an appearance at the Forum in Inglewood, California. It was always a dream to play there, Van Halen added. A friend of Alex [Van Halen]’s drew a poster when we used to play backyard parties – you know the band used to be called Genesis before it was Mammoth. The poster said ‘Genesis at the Forum.’ You know, that was the place where we used to go see [Led] Zeppelin and Grand Funk – so yeah, it was a dream come true to play there. The night before the homecoming at The Forum the band played San Diego Sports Arena (6th of October 1979) . The had Screams as support act but it was clear who the fans were there to see. If you love the first two Van Halen albums then this is a must have. The band performs half of the tunes from each album. You can also hear Dave give a long speech before On Fire about how everybody wants some, which later turned into a song on their next album, Women And Children First. Another Women And Children track can briefly be spotted before Feel Your Love Tonight when Dave wants to tell a Gypsy story but gets interrupted by Eddies guitar work. Here you can hear Eddie doing the guitar intro to Fools. Fools in itself was an old track the band used to perform live before the recording of their debut album. It then went under the title, I Live With Fools.