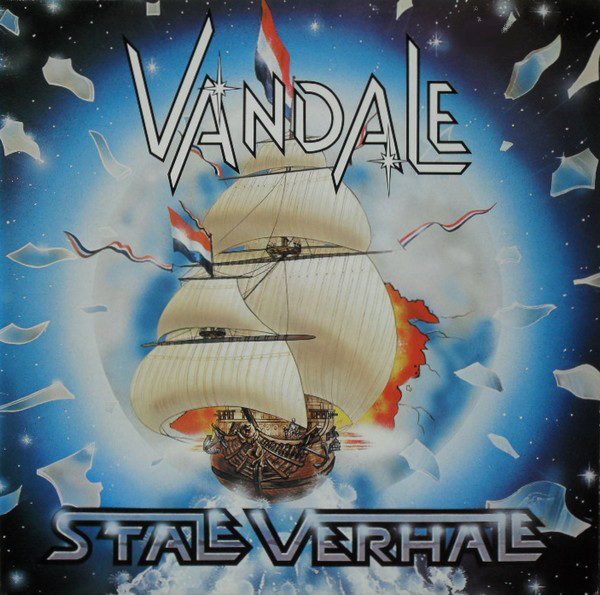 During the eighties heavy metal boom Vandale (Vandals) stood apart from the crowd by performing songs in their native Dutch language. The group first came together in Sittard in 1979 and the debut single Wij Zijn Vandale was released on the small label Utopia records the year after. The bands second and final studio album was released in 1982 and goes by the title Stale Verhale meaning Stories Of Steel the overall quality of the album was much better than the debut. Some prefer the debut album and says it includes many of the bands classics but on the other hand you will find the fantastic Jouw Enige Kracht on this album. The band recorded their third album Fatale Ideale meaning Fatal Ideas but the label went bankrupt and they album never saw the light of day. Vandale never reached any fame not even in Holland and when WEA signed the band and released a vinyl single with two tracks taken from the unreleased third album, that also failed to reach the charts, it was the final nail in the coffin of one of one of Dutch finest hard rock acts. Musically they sounded like a mix between Y&T and Saxon, yet with the Dutch lyrics, which was and still is very rare these days! This second album doesnt sound dated at all, and should have been high in the Dutch charts back then. If you love the 80s hard rock and heavy metal then its your time now to discover this band.