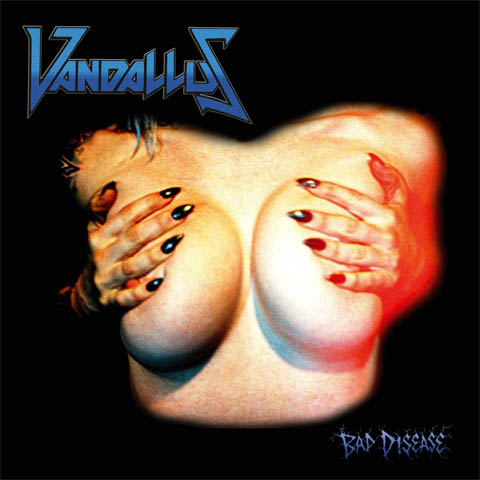 With Shaun Vanek (guitars and vocals) and Steve Dukuslow (drums), Vandallus from Cleveland in Ohio do indeed feature the core of the mighty Midnight in their ranks. The current line-up is completed by Jason Vanek (vocals, guitar), with Tyler Harvey (Deadiron) on guitar and Tim Frederick (Wretch, Eternal Legacy, Destructor) on bass respectively. Although the band is Jason’s baby, Midnight boss Jamie Walters also contributed a few songs to Vandallus debut effort On The High Side, which saw the light of day in 2016. Vandallus is a totally different project from Midnight, states Jason Vanek, basically the idea came about of recording material in the vein of late 1970s/early 1980s hard rock. I’ve always wanted to do a project like this, so it came together very quickly. We just wanted to write another batch of great hard rock songs, comments Vanek on the second full-length Vandallus album Bad Disease. With songs like the uplifting Heart Attacker, the infectious speedster Infected (sounding very much like 1979 Dokken) and Trash Talk n, a groovy rocker carried by a strong vocal performance, the album carries on where the critically acclaimed On The High Side has left off. Make no mistake. These guys do mean business. It’s a bad, bad disease.