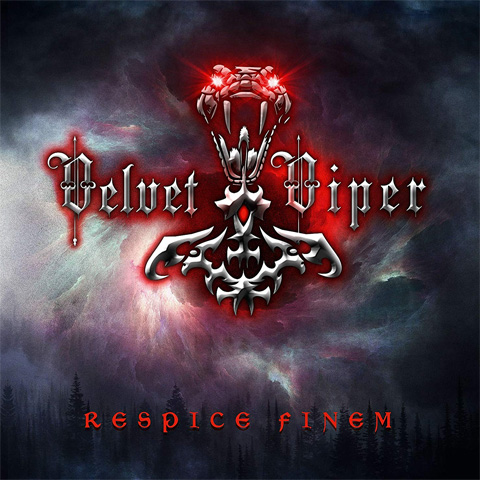 In the mid-eighties, Jutta Weinhold, a blues singer, founded a Heavy Metal band called Zed Yago in Hamburg. The band released two albums in the late eighties before she left the band to start all over again due to a lawsuit over the band’s name. She formed the band Velvet Viper in 1990 and the band released their debut effort Velvet Viper in 1991 and followed it up with The 4th Quest For Fantasy in 1992 just to call it a day a year later. Jutta Weinhold then continued as a solo artist and her powerful voice also made her a much wanted sessions artist. In 2016 she sat down with guitarist Holger Marx and wrote 11 songs and when they were done they felt ti should be released as a new Velvet Viper album. So Velvet Viper was resurrected in 2017 and Marx and Weinhold got production help from Gamma Ray and Helloween guitarist Kai Hansen who not only produced the album but also played on two tracks. Mr Hansen also brought in some friends to help out with the recording like ex-Gamma Ray drummer Michael Ehre, Iron Savior (Rise Of The Hero) bass player Uwe Seemann, Gamma Ray keyboard player Corvin Bahn and so on. The album is a great mix of straight forward heavy metal and classic hard rock and it ends with the track Loherangrin-Lohengrin, a track that Jutta says is inspired from the Wagner’s opera theme Lohengrin. This is a very solid album and fans of Juttas earlier work should definitely check this out, or any fans of German 80s heavy metal. Rescpice Finem shows that Jutta still has what it takes and its a highly recommended album