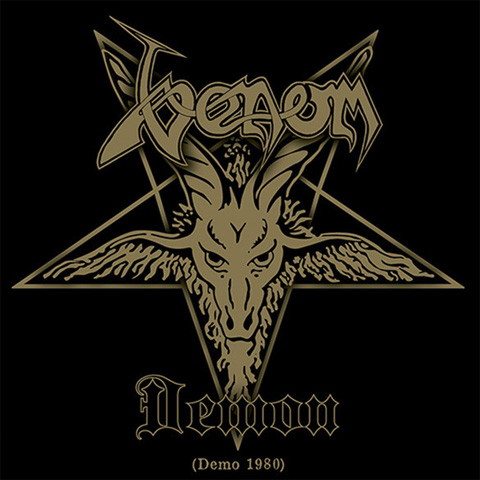 Venom are not simply a band that invented the name of the black metal genre, they are the utter root of everything that was to come. They brought evil into metal, before there was any Slayer. Black Sabbath invoked Satan as something to be feared, Venom identified with Satan, and a radical change occurred as evil is embraced. Their debut album Demon was recorded at the Impulse Studios on the 29th of April 1980 with Clive Archer (stage name Jesus Christ) on vocals. The sound is raw and pummeling, similar to Motorhead and the most extreme metal of the day. That driving pulse would be adapted by Bathory and others later, along with the imagery and the rawness, although carried even deeper into Hell. Bathory would introduce witchy vocals, but Venom already have a scratchy, growly vocal style that sounds more decidedly evil than the equivalent roughness in Motorhead and the punk scene. Added to this 3-track demo are a bunch of bonus tracks recorded between 1981 and 1984