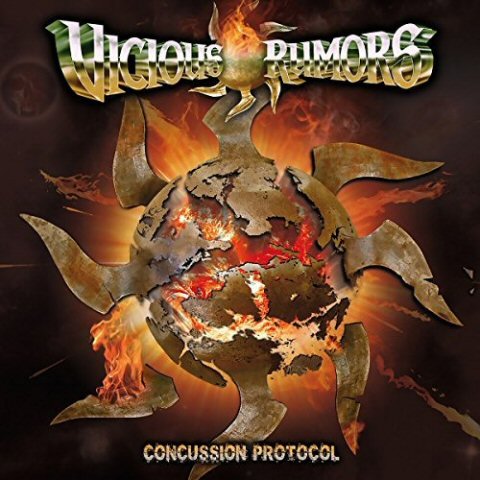 Vicious Rumors seems to have been looking for the right singer for years. With the untimely demise of Carl Albert, Geoff Thorpe [Guitars] and Larry Howe [Drums] have incorporated all types of vocalist’s during Vicious Rumors history [including the Brilliant James Rivera of Helstar] with none of them being able to survive the daunting task of succeeding the irreplaceable Carl Albert. Enter the young gun… Nick Holleman. Without a doubt, the perfect singer for Vicious Rumors. “Concussion Protocol” is the best VR release since “Word of Mouth”. It is Heavy Metal on steroids, with head-banging melodies and blistering guitar solos from one rapid fire track to the next [with a hauntingly beautiful ballad thrown in for good measure]. Thorpe is also all over this album with loads of great solos and melody lines – very typical Rumors sound as well and that is something I love. Much like the very best bands have a ‘sound’, this does too and in spades. This could be there best since Carl Albert passed away – each album since then has been really solid and has several stand out tracks – this one is just better from beginning to end. The singer must get praise for his range – he is low, high, growling and glass shattering…sometimes in the same song. Again this was something I loved about Carl – he had an massive voice and this guy is giving it all here – the band are too – very tight indeed. For anyone who was a fan on Vicious Rumors during the S/t, Welcome to The Ball era, this album will not disappoint. This album is also great for any shred lovers out there – Thorpe is on fire on this album. Welcome back guys