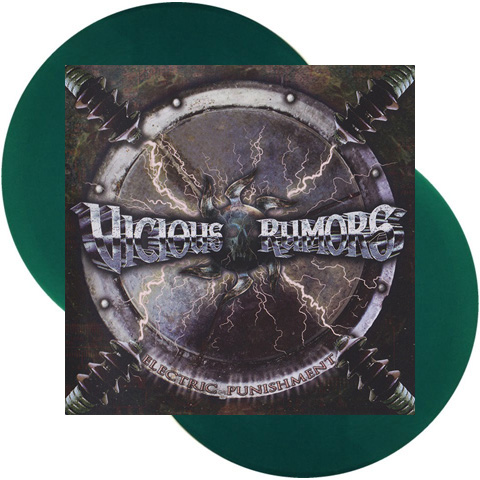 When Vicious Rumors returned from a long, strenuous and immensely successful world tour in autumn 2011, the musicians couldn’t really see themselves mustering the energy to release a new studio album in the foreseeable future. 2011 was a monster year for Vicious Rumors in the most positive sense of the word, he says, looking back at that time with surprise and some satisfaction. We were on the road non-stop for more or less eight months, played countless club shows and performed at some of the most important festivals worldwide. The last show of the tour took place as part of the 70,000 Tons Of Metal cruise – what a finale! Then everything was over very suddenly and we started to work on our new album without so much as a break. Perhaps you can imagine how difficult that was and how much concentration we needed to do that kind of work without any loss of friction. Now the doubtlessly successful result of that big challenge is Electric Punishment, which sounds more multi-faceted and creative than they have done in a long time.