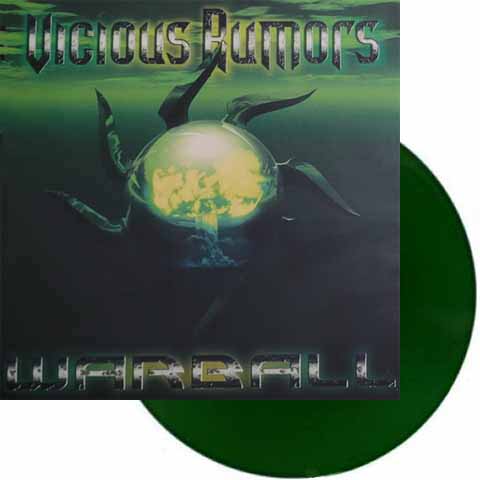 ‘And were born again hard!’ is the echoing refrain of brilliance that invites the listener into the realm of the warball. Once again, Geoff Thorpe and Co. has managed to create an album of sheer greatness and utter brilliance from beginning to end. Each and every track on this molten power metaller is penned to perfection. The songs have a perfect mix of melody and anarchy. I must say that I actually wasn’t expecting anything phenomenal out of this album simply because of the last couple VR albums which seemed to somewhat deviate from the path of genius that albums such as ‘Digital Dictator’ managed carve out for the band. Enter into the ranks of VR, veteran vocal god James Rivera…greatness is once again achieved. Not to say that Brian O’Connor or Morgan Thorne are not good vocalists, but I’d have to say that when sizing someone up against the late great Carl Albert, James Rivera is a much more comparable singer at least in terms of his ability. This also enabled the band to create music more along the old school lines of ‘Welcome To The Ball’ era material. In an odd way, this album has a unique ability of sounding reminiscent to early era VR, yet at the same time, it doesn’t sound dated, but rather fresh and innovative. The guitar riffs are all infectious, as are all the rhythmic tracks of both the drums as well as the bass lines. The guitar solos are ridiculously technical, especially some of the tremolos bar stuff. I hope this line-up of James Rivera: Vocals Geoff Thorpe: Guitars & vocals Dave Starr: Bass Larry Howe: Drums Thaen Rasmussen: Guitars Brad Gillis: Lead guitars maintains enough longevity to do at least a couple more albums together.