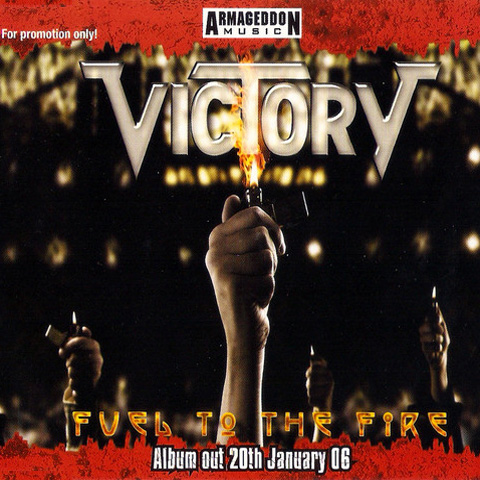 Victory hold a prestigious position among the ranks of distinguished hard rock acts. During the Eighties and early Nineties, Victory, alongside their fellow-Hanoverians the Scorpions, were considered the most outstanding German rock export. Top positions in the album charts all over the world, successful tours in Europe and America, plus sensational appearances at reputable festivals Victory were everywhere. The band went through various line-ups, the most legendary without doubt including American vocalist Charlie Huhn, who had previously worked with Gary Moore and Ted Nugent. Together with Huhn, they recorded unforgettable cult albums like Victory (1985), Dont Get Mad Get Even (1986), Hungry Hearts (1987) and Thats Life (1988). Charlie Huhn subsequently returned to the States to join rock heroes. Humble Pie, and then Foghat. In 2006 the band have decided to polish off their old numbers and re-record them for this special greatest hits package. Huhn was replaced by ex-Human Fortress Jioti Parcharidas who easily equals the qualities of his predecessor. Fuel To The Fire therefore provides the perfect link between Victory’s past and their future