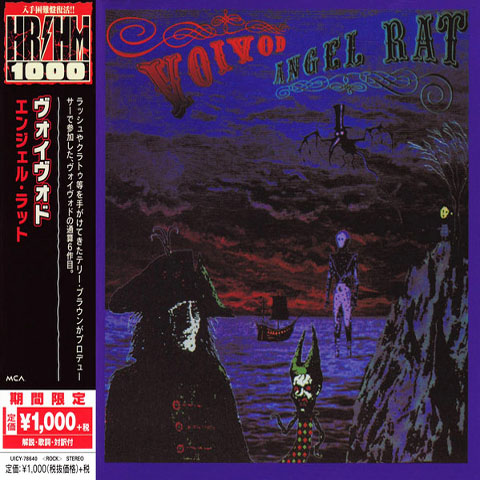 After the success of 1989’s excellent Nothingface, progressive metal experimentalists Voivod were poised for their big breakthrough with their follow-up, Angel Rat. It didn’t happen. For reasons unknown, the album quickly sank from sight upon its release in the fall of 1991, which is surprising, since it’s nearly as good as its predecessor. Founding member and bassist Jean-Yves Theriault left the group after Angel Rat’s recording was completed and was not officially replaced until bassist/vocalist Eric Forrest would take over for both Theriault and singer Denis Belanger in time for 1995’s Negatron. The band’s ongoing science fiction imagery is still conveyed in both the music and lyrics, which sound like a cross between early Pink Floyd (circa Meddle) and Rush (circa Caress Of Steel) with an added heavy metal edge. Angel Rat also proves to be one of Voivod’s most consistent releases, without a weak track in sight. Included are such spacy highlights as Panorama, Clouds In My House, Golem, and the moody psychedelia of the title track. Produced by former Rush knob-twiddler Terry Brown, Angel Rat definitely deserved more attention and commercial success.