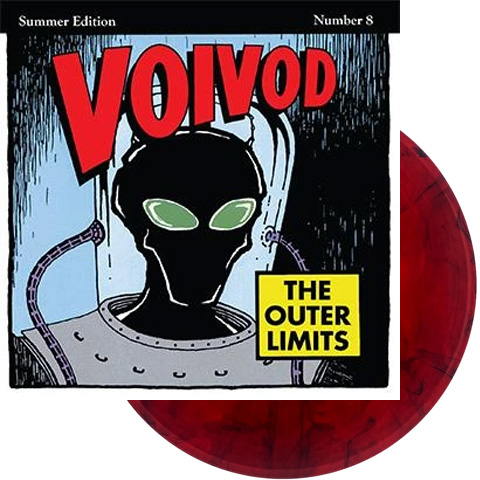 The Outer Limits was the last album Voivoid recorded with their vocalist Snake until, exactly 10 years later, they released their self-titled reunion album in 2003. The Outer Limits features a perfect blend of past formulas with new and innovative ideas. On this album, Voivod mixed various thematic and musical elements with ease, which resulted in their most powerful, diversified, and mature release. It offers the unique blend of atonal riffs, off-time tempo changes, and sci-fi imagery that made this Quebec band such a shining star in the Canadian metal scene. The Outer Limits features a great cover of Pink Floyd’s The Nile Song but without question the album’s centerpiece is the winding 17-minute song Jack Luminous, which is something of a prog-rock masterpiece. This album is a benchmark for Voivod.