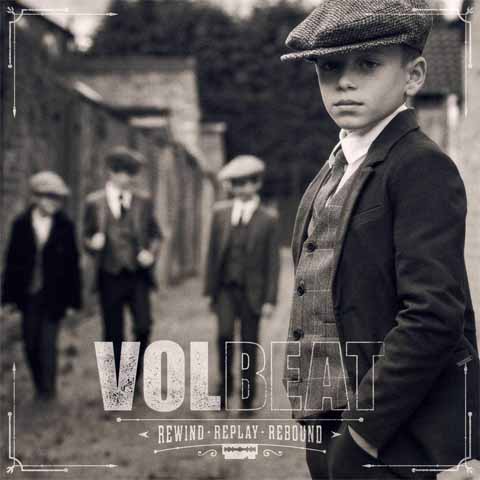 As the only band on the planet who can top festival line-ups across Europe and land themselves on bills supporting bands as soul-crushingly heavy as Slipknot and Behemoth while playing a brand of punk-tinged outlaw-driven rockabilly, Volbeat have built themselves a reputation as a band who deliver their shtick on all fronts. On their seventh album, they’ve stuck to their guns, delivering another fourteen rounds of their chorus-chanting, hook-heavy punk-n-roll rockabilly. Rewind Replay Rebound is also a lot more musical than the earlier and heavier/thrasher stuff.. But for melodies and taking their songs to the next level it’s a welcome interlude for most while there probably are older fans that think this is to soft and to mainstream. But no matter what the fans think it cant be denied that it sounds like Volbeat are having the musical time of their lives.