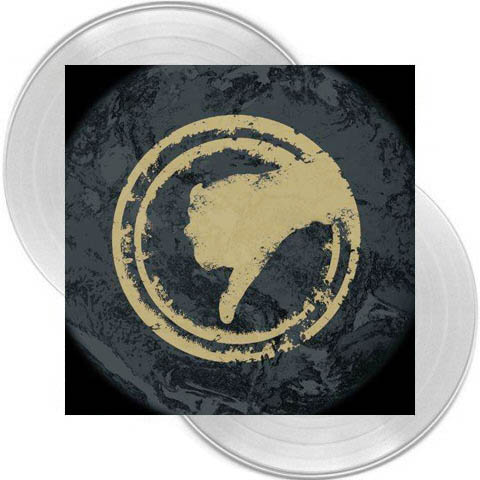 Stridsyfirlysing 1996
Vondur was a two-man side project comprised of Abruptum and Ophthalamia members IT (guitars/bass/vox) and ALL (vox). Most of the music contained on this album is very fast and very aggressive, war metal, as the band is fond of describing themselves. Actually, the album’s title means Declaration Of War in Icelandic, the language that this entire album’s lyrics are written in (even though Vondur are Swedish). The start of the album is signaled by a trumpet blast and the beating of drums over which is spoken an Icelandic speech. Next comes a quick transition to Vondur’s fast and furious music. Guitars are not played with the utmost skill here, especially when they are played fast enough to become pure distortion. Drumming is taken care of by the trusty drum machine, thereby eliminating any power the drums could’ve possessed. There are many surprises here, some of which are the sad, depressive piano number played by Alexandra, or the two-minute song composed of the sound of a fire raging or the final track, Hofoing, Satan, which is a symphonic track of ultimate beauty. If Vondur was a serious project or a just a joke remains unknown but one thing is for sure and that is the fact that this album remains among the most loved and hated album of all in the black metal genre. And youre welcome to have your opinion but we can at least agree on the fact that its one of the most low-fi black metal ever, blowing away even Darkthrone in terms of downright ghastly production.

The Galactic Rock n Roll Empire 1998
Vondur was a two-man side project comprised of Abruptum and Ophthalamia members IT (guitars/bass/vox) and ALL (vox). The Galactic Rock N Roll Empire could be dismissed by many as too humorous, but to do so would be to miss out on one hell of a punch line. Vondurs final output, before Tony IT Sarkka dropped off the face of the Earth, is an interesting take on the over-the-top attitude of black metal blasted into the realm of ridiculous. But if one has an open mind and a sense of humor, this is a great record to throw on every now and then. But really, what is this record? Simple, its two songs remade off of the Stridsyfirlysing record, four covers and one new song. For the remade songs, the two things I notice are that the production is still raw but very listenable, and that theyre in English (so those of us over the pond can get in on the joke, one would assume). Kill Everyone (Dreptu Allur) is the stronger of the two, with it being nothing less than a hyperblast of black metal in the Swedish vein simple, primitive and raw. And the lyrics are fucking classic I sense a slight nod to Mayhems Deathcrush here. Also, the added sample (?) of the gunshot is very effective. And as for The Raven’s Eyes Are as Mirrors of the Bottom of Satan’s Black Halls ((Hrafnins Auga Er Sem Speglar A Botni Af Satans Svartasalur) (tell me theyre not making fun of pretentious black metal here with a serious face)) Its a blast very literally, one constant blastbeat and a simple riff (the same riff plays through the whole two minutes and fifty-six seconds). It tends to get old very quickly, but just on the merit that its a poke at bands like, say, Immortal and Burzum, its worth at least one listen. The new song is Panzer Legions of Vondur, a mid-paced black metal song with, dare I say, a groove? I rather like this song and, as such, it comes out being my second favorite song on the album. Its still tongue-in-cheek, but its actually a catchy little piece of black metal. Which leaves us with the covers: theyre a mixed bag. The cover of Bathorys You Dont Move Me (I Dont Give a Fuck) and Motley Crues Red Hot (?!?) are played fairly straight-forward if you can imagine a real black metal cover of Red Hot, youre on the right track of what it sounds like. As for You Dont Move Me, its the only cover thats played almost identically to the original. These two alone are worth listening to many times over. The other two covers, Judas Priests Rocka Rolla and Elvis Presleys Love Me Tender are the two that might lose a few people. Rocka Rolla is fairly straight forward. Love Me Tender, on the other hand, is definitely intentionally horrid, and depending on your mindset, youll either find this to be one of the finer black metal mutations of a completely incorrect song to cover, or youll find it to be utter shit and want to get away from it asap. Personally, I like it it starts off with really bad clean vocals for the first five-odd seconds, then kicks into a blastbeat and a blur of a song that will leave you trying to figure out what you just witnessed, and then laughing when you play it again. The lyrics must have been changed, as I dont believe Elvis version contained the lyrics Fucking whore (listen carefully towards the end), but I could be wrong. If youre busy being too cult and necro, avoid this like the plague youll find your concepts of the Swedish scene as a whole tainted. On the other hand, if youre into the Swedish black metal scene, worshipped the Necropolis Records releases back when they existed, and / or have a twisted sense of humor, I cannot recommend this highly enough.

The Galactic Rock n Roll Empire 1998
1. Kill Everyone
2. You Dont Move Me (I Dont Give a Fuck)-Bathory cover
3. Rocka Rolla-Judas Priest cover
4. Red Hot-Motley Crue cover
5. Love Me Tender-Elvis Presley cover
6. Panzer Legions of Vondur
7. The Raven’s Eyes Are as Mirrors of the Bottom of Satan’s Black Halls