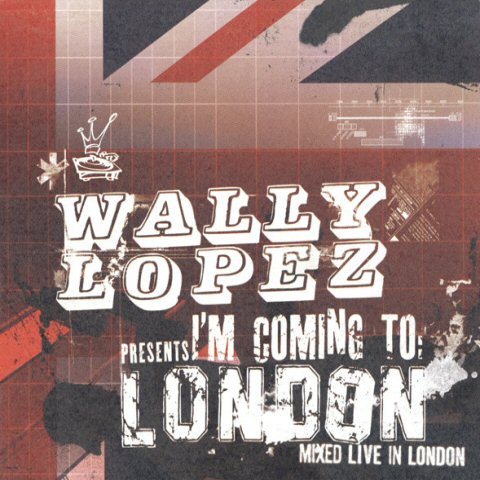 Wally Lopez is considered the most important Spanish deejay’s and he’s the owner of The Factoria Records and Factomania Group. On “I’m Coming To London” Lopez collaborates here with a plethora of Latin/dance heavies, including Santacana, Ferry B, Madrid Beats, Waiting For The Writer, Conor Magavock, and the Monkz. First up is the Air-tight mix from the Spanish house guru himself. Lopez takes the original and re-works it for maximum dancefloor appeal with that incredibly sexy vibe. Events happen a bit quicker with the classic vocal taking centre stage around soulful stabs and bouncing bassline as beefed up tech house beats keep up the foot stompin’ pace. Steve Porter’s epic funk mix is next and is another one of his funk driven productions that smacks the arse off many of the current house releases. Its jam packed with jackin’ grooves ,bursting at the seams with 70’s funk that no matter where you hide it will find you .If you’ve heard the artist album Homegrown from Porter you will know he brings to any production something special, that foot pounding element that gets inside of your bones to shake you to the core . Its house but not as you might know it. Rounding up this big room package is the Fish and Chips dub from the Low end Specialists who create a tribal fused number that’s perfect for peaktime as the bassline throughout re-enforces the tough groove. Along with this mini breakdowns and beaconing tweaked sounds keep it exciting to the very end. I’m Coming To London is a great way for new fans to become familiar with Wally and his Influences, and for old fans to catch up on things he has in the pipeline.