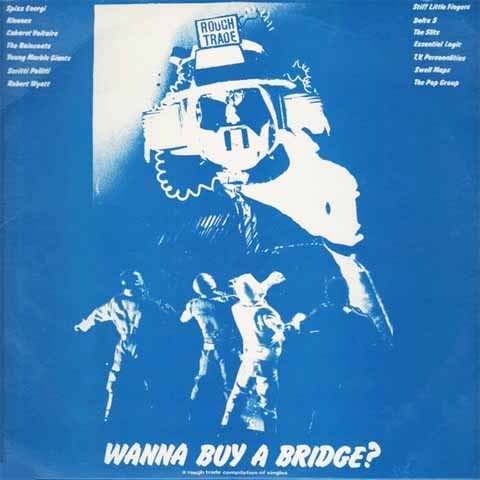 Wanna Buy A Bridge is a 1980 compilation album released by Rough Trade Records, a British record label, in the United States. The album was intended to showcase Rough Trade’s line-up to an American audience. The album comprises 14 singles by various Rough Trade artists. In 2013, Tal Rosenberg wrote in Chicago Reader that Wanna Buy A Bridge is probably best known as one of the finest, if not the finest, collection of British postpunk music. Todd Kristel gave the album 4.5 out of 5 stars, concluding that Overall this may be the best single-album collection assembled of post-punk music. Mark Richardson of Pitchfork later described the album as a key example of “label comps actually [becoming] classics in their own right:” “I’ve never heard Wanna Buy a Bridge?, but the fact that I’ve heard of it, 23 years after its release, speaks to its classic status.