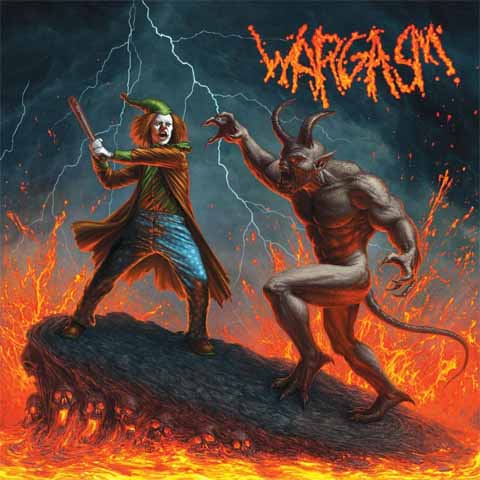 Wargasm formed in 1982 under the name Overkill that changed name to Maniac in 1985 and recorded a 3-track demo. They were then offered an EP deal with Combat in 1986 but where strongly suggested to change their name. The band became Wargasm but they decided to pass on the offer from Combat as well as passing on an offer to be on the Metal Massacre compilations. Instead they recorded another demo called, Satan Stole My Lunch Money. This demo landed them their first record deal. The band recorded their debut album, Why Play Around in 1987. With hardly no label support it still managed to hit Number 4 on the CMJ Charts, just under Metallica, Anthrax and Ozzy. The record was well-reviewed all over the world, and has since become a thrash metal classic. This album features all the demo’s the band ever released. Meaning that you have their debut demo as Wargasm as well as the three demos the band released between the albums Why Play Around and Ugly. If you love those two albums then this is a must have release.